The "pearl" of the Mediterranean

Santorini is a Greek island in the North Aegean Sea, and has been inhabited by humans since the Bronze Age. The name Santorini is said to come from the Ancient Greek word “santoros,” meaning “saintly.” Santorini is known for its beautiful scenery including beaches, cliffs, vineyards, and numerous villages that dot the hillsides. The island is also known as Thera. It is considered to be one of the world’s most popular destinations for visitors.

Santorini is one of the most beautiful destinations in Greece. A plethora of ancient ruins and picturesque views make this island enchanting for anyone who visits it. Its strategic location and natural harbor were major factors in developing a significant trading post for Minoan and Mycenaean civilizations. The island was eventually consumed by a volcanic eruption which caused the destruction of the Minoan civilization and all of its inhabitants. After this event, Santorini became uninhabited until the 1st century BC when the Roman Emperor Nero built his villa there.

One of the largest eruptions in recent memory happened on Santorini in 1627, but this event did not destroy the island. Some believe that there were two or three previous eruptions sometime before 1627. The first eruption of Santorini happened during the early Bronze Age, around 1800 BC.

Perched atop a volcano, Santorini is the most popular destination in Greece for tourists. The island’s dramatic cliff-side villages are among the most photographed places in Europe, and its beaches are some of the best in the world. Yet this idyllic Greek paradise may not be what it seems at first glance. Beneath its stunning exterior is a constantly churning seafloor volcano that could erupt at any moment.

When Santorini first emerged from the sea, it was a volcano with an active caldera. The island is now a sleepy paradise with a population of about 12,000.

The Santorini villages are often bustling with tourists visiting the many archeological sites. These villages include Imerovigli, Thirasia, and Oia. The first village of Imerovigli has a picturesque view from its perch on the volcano’s edge. One can see the many archeological sites that have been discovered around this village which includes buildings from as far back as 1500 BC.

The highest point of the island is the Mesa Vouno on which lies the village Imerovigli. The village has many castles and churches recognizable from the ocean below. There are also some excellent restaurants and hotels on this hillside overlooking the caldera.

Santorini is a breathtaking island with so much to see and do. There are many different things to do on the island, but one of the most notable features is the sunsets. Some of the best vantage points for viewing Santorini’s beautiful sunsets are from Oia, Ancient Thira, Imerovigli, Kamari, Pyrgos, and Fira.

As the sun sets, Santorini is a sight to behold. The final rays of golden sunlight shine brightly against the picturesque scene of blue waters and colorful boats. The cobalt sky slowly fades into a deep red as the day’s light then shines a calming serenity over the entire region. Many visitors flock to this part of the world to witness the sunset and take in all that this beautiful place has to offer. 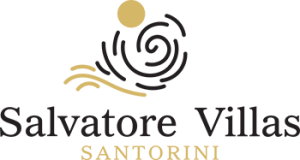